The rapid expansion of the 3G and 4G networks has changed the way we communicate, but there are large uncovered areas in remote or undeveloped regions where advanced digital services are not available. In response to the demand for smartphone-like communication everywhere, Wireless P2P Technologies AB (WP2P) is developing affordable and license-free digital two-way radios for wideband long-distance communication in areas lacking cell-phone infrastructure. These handheld radios are not only transmitters – they are also routers and repeaters in self-formed mobile ad hoc networks (MANETs). VoIP, Instant Messaging, GPS and map sharing, and file sharing are supported in groups with hundreds of users. Compared to walkie-talkies, the state-of-the-art radio communication in uncovered areas for private users, the WP2P MANET two-way technology is a disruptive innovation.

In this activity, we will extend the communication range and improve the reception of radio signals in harsh environments by changing radio frequency from the 33-cm (900 MHz) to the 70-cm wavelength (433 MHz) ISM band. Thereby the digital two-way radios will match the requirements for wildlife usage and, in particular, become the number one choice for hunting, fishing, and active tourism. The band change means that the RF circuit board in the existing 900 MHz prototypes must be redesigned from scratch. Largely the present project is concerned with the challenging RF design and simulation work, a power- and cost-saving change of microprocessor, the fabrication of 433 MHz ISM band prototypes, and the thorough laboratory testing of the new prototypes in an industrial experiment held at LTU. We will also demonstrate prototype usage in field and make a roadmap for the post-project product development towards market introduction. 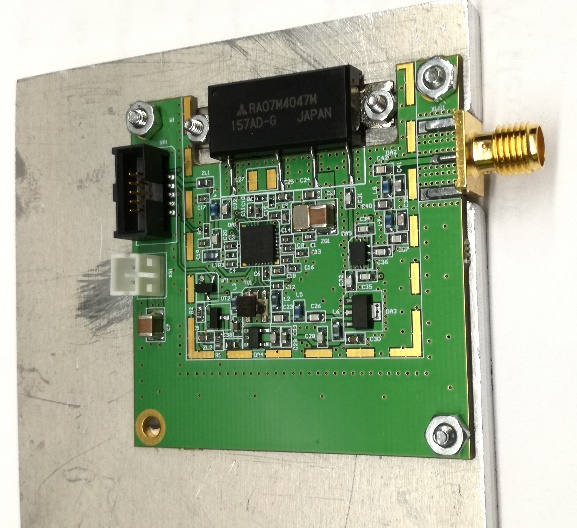